Some golf courses are subtle, and underwhelm at first before slowing revealing their mysterious charms. Arcadia Bluffs is not one of those courses. From the moment you arrive, you can see this is a big, brash course that’s knows it’s got something special and is not afraid to flaunt it. The change in elevation is its secret weapon – the property drops precipitously as it approaches the cliffs above Lake Michigan, which allows for impressive vistas and a fun, tumbling routing. But this boldness – one reviewer calls the course “obnoxiously beautiful” – works. Arcadia Bluffs is an experience, in a way few other courses are. Take this totally fun journey – you’re not soon to forget it.

What was so great about it? I could go on and on. But there’s one word that sums it up best: fun.

Breaking Eighty
Everything about Arcadia Bluffs is massive in scale… The dunes through which the course is routed; the drop-off from the golf course down to Lake Michigan; the bunkering; the greens; the green undulations; the 225-foot elevation from the low-point to the high-point on the course; and most of all, the course is routed over 245(!!) acres. One Golfer's Travels
Arcadia Bluffs is one of the most visually impressive and overall stunning public courses in America and may only be rivaled by Wolf Creek in Mesquite, NV in terms of “wow factor” and eye candy…The Henderson and Smith duo created memorable hole after memorable hole including a handful that were unlike anything else I’ve ever encountered. Golf Course Gurus

Arcadia Bluffs runs along more than 3,000 feet of shoreline and the course drops more than 200 feet from its highest point down to the cliffs which themselves are 150 feet above the lake – it is as dramatic a setting for golf as you can imagine and there is not a weak hole on the card to give you any respite as you play.

Is it a links course? Nah, but it’s still gorgeous and darned fun! The course has tons of visual intimidation and requires good control of your golf ball.

The Golf Bucket List
Can a 100 Greatest course be a sleeper? Golf Digest
I’m grateful to owner Rich Postma for having the vision and determination to create a golf course in this spectacular setting. Geeked on Golf
Arcadia Bluffs remains one of my favorite courses, my favorite golf experience, and favorite places anywhere any where on Earth. It is expensive, and modern, and bold, and I can barely wait to get back there. One Bearded Golfer
Almost every hole was picture worthy, and every vista was seemingly more breathtaking than the last. Arcadia Bluffs is golf at its most in your face, obnoxiously beautiful. 2 Play the Tips

Given the extreme nature of this site, both the fairways and greens are generously sized, although skinny target areas do make some pin locations quite severe. The outlooks and playing characteristics, however, are first-rate and most who play Arcadia Bluffs are likely to walk away from a round immensely satisfied. 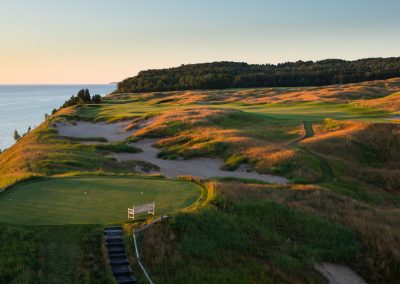 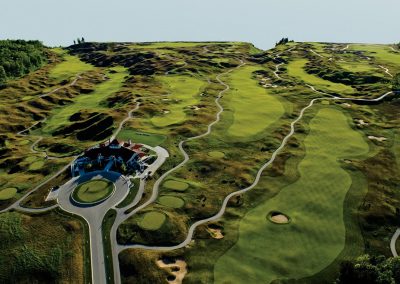 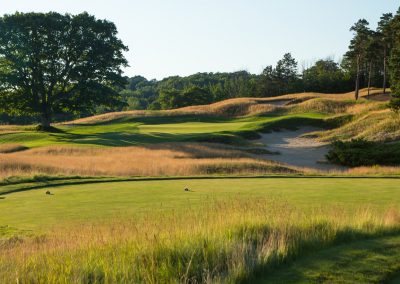 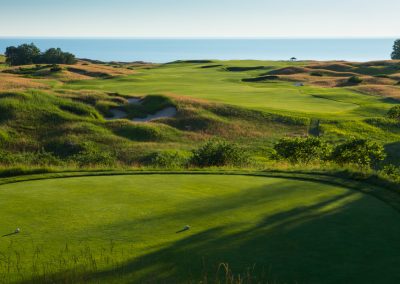 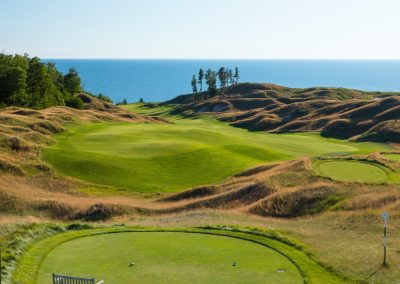 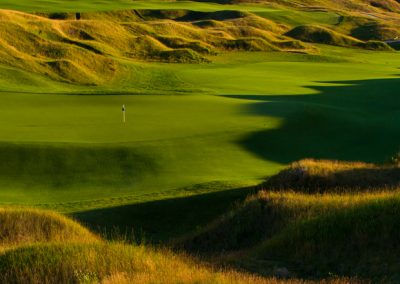 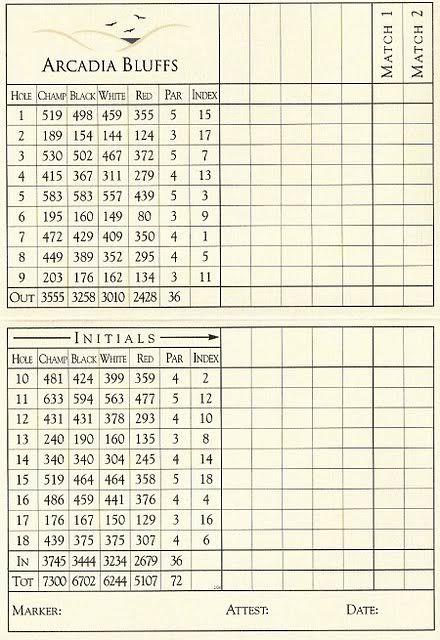 Arcadia Bluffs is open from April through mid November.

Temperatures are relatively mild year-round. Look for temperatures to remain consistently in the 50s later in May through September. Rainfall is relatively consist throughout the year, but it does get wetter as the summer progresses — September is the wettest month.

May through September is a good time to play, with June through August being your best bet. 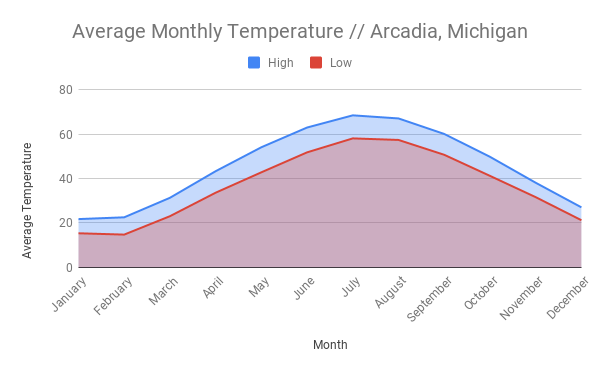 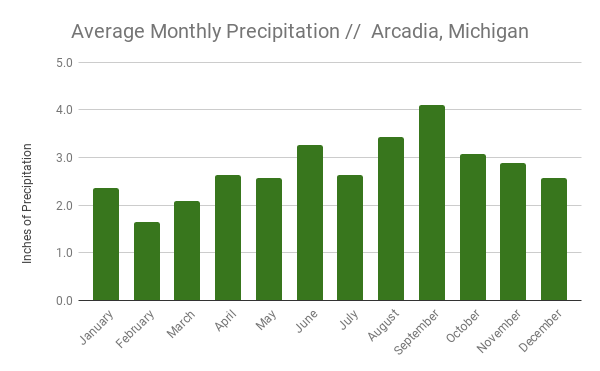 Caddies are $75 for a senior caddie and $50 for a junior caddie.

Clubs are available for $75.

Golf shoes are available for rent for $10

Other Things To Know

Want to Ace Your Next Golf Trip?

Sign up for our newsletter and be the first to know about course promotions, lodging discounts, and flight deals, plus get travel and course advice delivered straight to your inbox!