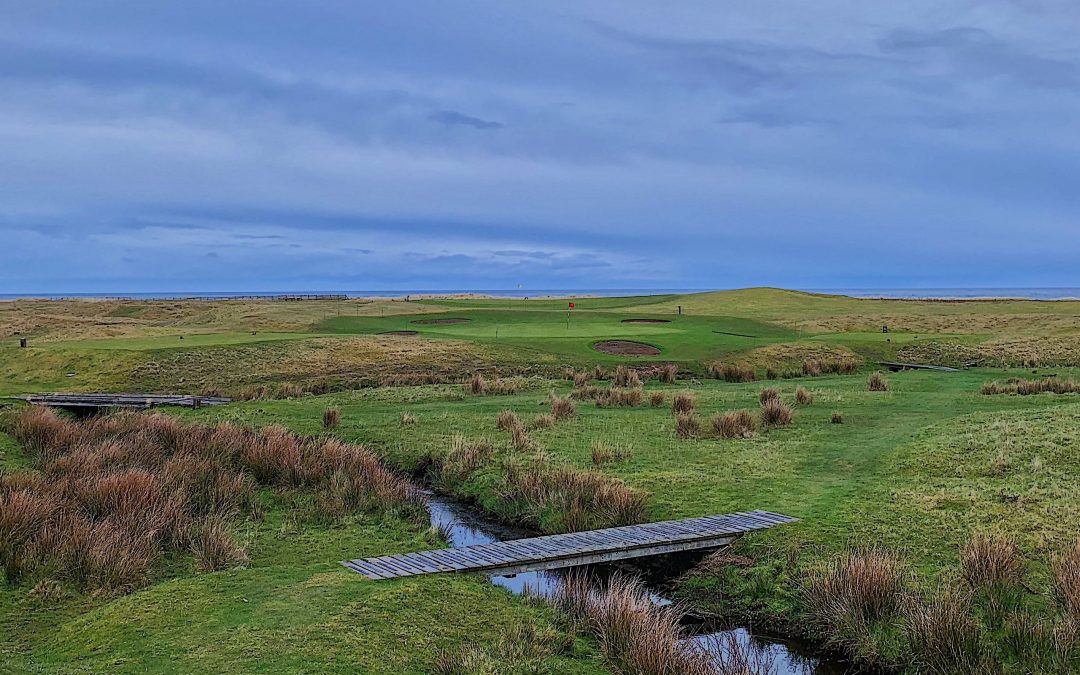 Okay, this is going to be something different: a review of a golf course that doesn’t talk about the course.

Because when talking about Scotland’s Brora Golf Club, I think the course itself is almost irrelevant. Which is not to say it’s not good — it is — but that’s not why I think you should play it (and why you’ll have an unforgettable experience, if you do).

We golf for many reasons. Some play for camaraderie — time spent with friends. Others, for competitive reasons. Others still for the enjoyment of being out in nature.

But no matter why you play, one of the reasons why golf resonates so deeply are the traditions and history that surround it.

Think about it: Anybody can play a shot that will result in the same rush of satisfaction as felt by Old Tom Morris, over 150 years ago. Walking down the 18th fairway is the same now as it was 25 years ago, 50 years ago, 100 years ago. The view from a green is the same as it always has been. Golf is unchanging and rooted in the past.

Except, it isn’t. Old Tom would be bewildered by today’s game, with its focus on technology, the aerial attack and the distances that we hit the ball. Can you imagine the bewilderment of a 19th century golfer upon seeing some buff person in the latest space-age miracle fabric as he (or she!) flies by in a golf cart with music blasting before they uses an enormous metal driver to wallop a ball out of sight?

Most of that cannot be stripped away — wood clubs and niblicks aren’t coming back, no matter what. But what can be stripped away is at Brora in the Scottish Highlands, an hour plus north of Inverness. 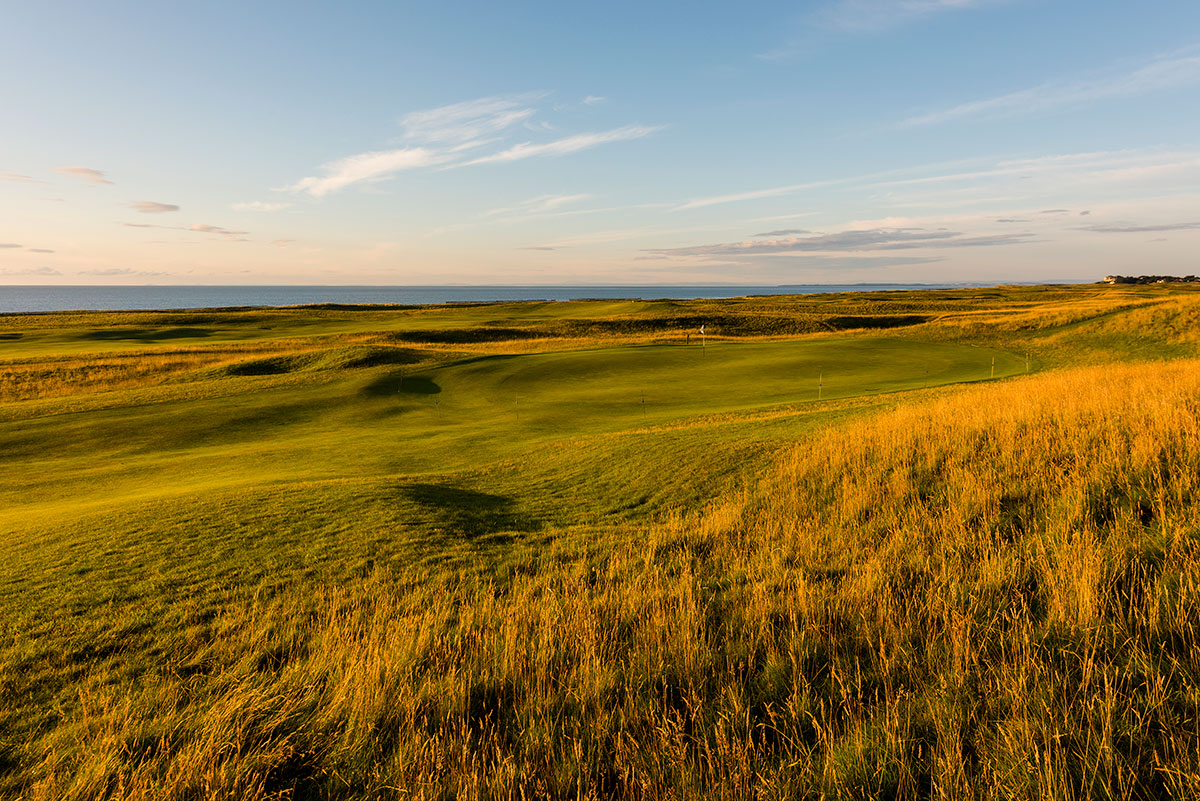 I want to be clear about something: Brora is not a hickory-shafted museum piece. You don’t walk out of a cornfield and onto the first tee. When I visited, the cars in the parking lot were suspiciously modern and a fighter jet screamed overhead while I stood on the practice green; it was so close I could have hit it with a golf ball, if only I knew what club to use for hitting a fighter jet (…9 iron?).

But still, Brora has feel unlike any other I’ve ever played. It has an intoxicating timelessness that builds throughout the round.

The course is among the most natural-looking you’ll ever see; it almost looks like an empty, grass-sown field by the sea. It possessed a slightly rugged, scruffy nonchalance that was underwhelming at first.

This is not a euphemism for a goat track; a poorly maintained patch grass and dirt. This is a proper golf course. The holes make you think. The greens were tricky. This was ground you’d want to play golf over. And after all, for most of its early history, golf was you knocking around a ball in an empty field by the ocean. 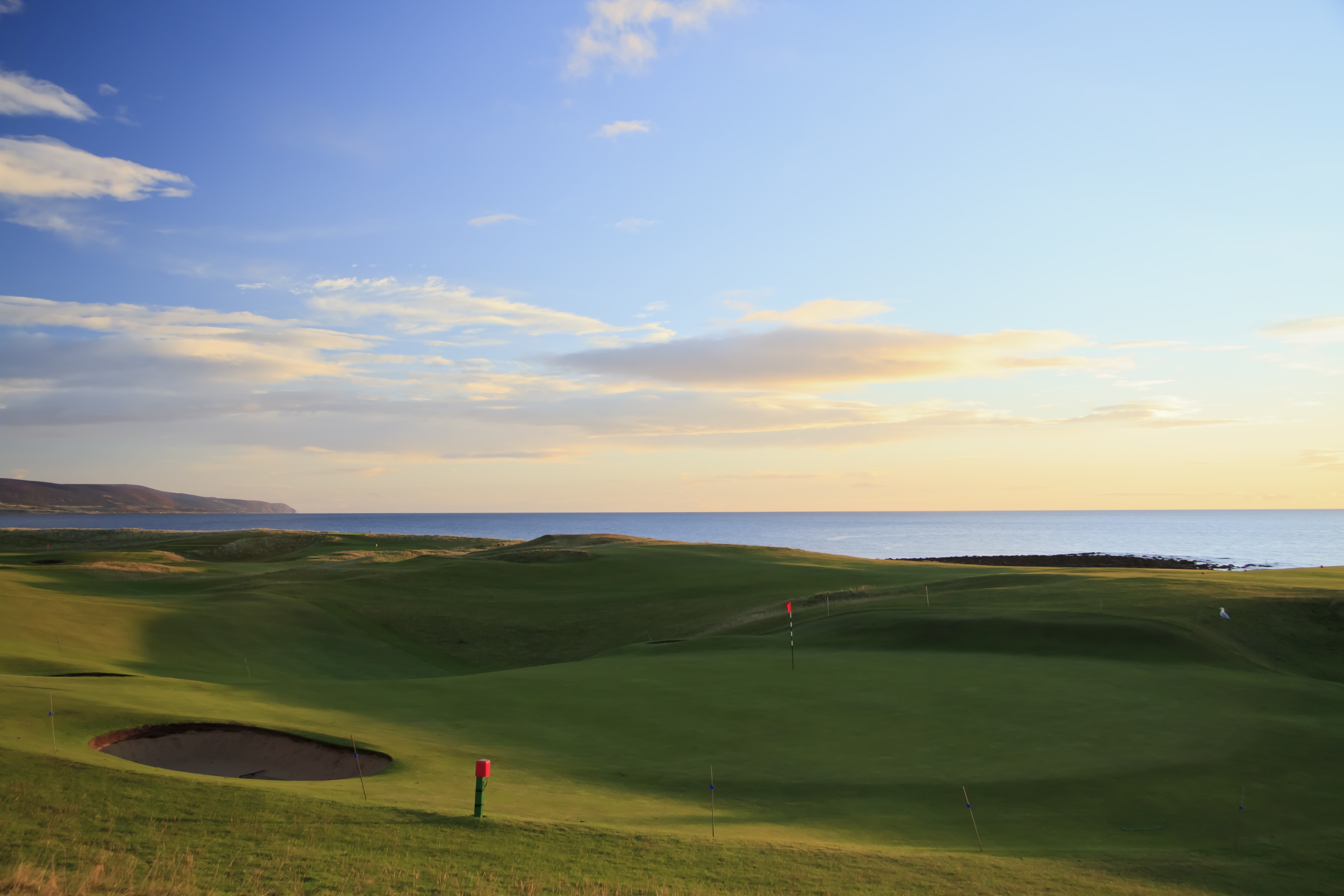 Sheep often roam the course, which explains the field-like feel, as well as the electric fences that surround each green. These sheep help keep the rough down — sometimes it’s hard to tell what is fairway and what is rough. You can play the ball from both without much difficulty.

When I visited, we played at dusk, after a morning round at Dornoch, and the fading light added to the feeling of timelessness

There was only one other golfer on the course, save for a few people walking their dogs after work. As we played away from the clubhouse, and towards the far reaches of the out-and-back layout, civilization seemed to drop away. If not for the twinkle of car headlights on the distance A9, I would have been unsure of the decade.

At the turn, we noticed the darkening of skies was outpacing the setting of the sun. Clearly a squall was on its way in, which gave some urgency to the previously relaxed round.

Truthfully, individual holes didn’t really stand out much in my mind. But it didn’t matter; we were hitting a ball by the sea over interesting, sandy ground. I was casually trying to best my father, and he, me. Not much else mattered in the moment, and nothing else intruded.

As we stood on the 18th tee — a devilish, long par 3 over a deep hollow beneath the clubhouse — it became clear we weren’t going to beat the storm. It was almost dark and we could see rain beginning to pelt the 17th green, just a few feet away.

We were almost running now, trying to beat the storm. Hit the ball, run to the ball, hit the ball. I probably triple bogeyed the hole, but did it matter? What’s par for 200+ yards with a strong wind and rapidly onsetting pouring rain at dusk on your 36th hole of the day?

We got drenched, but it didn’t matter. We were out in a field by the ocean hitting a golf ball around. It was challenging. It was fun. It was golf, and nothing more.

That’s something you can experience at Brora and only a few other places these days. Which is why you should go play at Brora.